FUND THE WORD OF GOD ME

Yohannan 4 gives the story of the woman in Samaria that Yeshua went to first. He asked of her a drink of water even. Well because the books of the Gospels are listed in year written order...Yohannan's books are last. So evan if there was teaching of the Gospels only they tend to start at beginning which is Mattay. The book of Yohannan is the only book that you know the length of Yeshu's ministry, as there are mentioned 3 feasts of passover. I also only other feast mentioned in Gospels is feast of tabernacles also in Yohannan only.

So we are talking about an area Yeshua started in and told His disciples not to go there. Yeshua stayed there 2 days, now He never stayed anywhere that long mentioned in the Gospels, so Yeshua also never mentionss in this area of any arguments with leaders of this sect of Jews that were not accepted as Jews even back then. This was where the well of Jacob was. Yet who did Yeshua say He came for Israel? People don't teach these are the first Jews seen. I am sure news back then did get out, and the Jews who rejected this group as being Jews, then even battled more against Yeshua.

Well a funny saying is that there is tellegraph, telephone, or tell a woman. I find that very interesting saying as that was exactly what Yeshua did.

Well I was instructed I am sure different than siblings by daddy. I was instructed to read the Gospels, he told me no other books and he told me to start with the book of John. I don't believe any of my siblings were instructed that way as there were different parts of the world they had to have knowledge of before Father put out the call. For the battle that would happen. To fight any battle, you must have high ability and knowledge of the enemy. Well kings have such too. Yeshua had such too and does today but He higher than even highest enemy in His knowledge. So who would Father even have train me of such things? My son's never trained much different than myself who it was given to raise in only temple of God that followed only Yeshua as instructed by my daddy. So how did I know my siblings had not been called yet? I knew when Father told me not to go to daddy's funeral. I was given the scripture let the dead bury the dead. Well I understood then my siblings had not been called yet.

I didn't know how or when it would happen or that it would even be in my lifetime then. I actually found out after recognizing Yeshua in the flesh here, and after that did put up a website called thebrideisglobalnow.com  My son Jeremy even did my top banner for this blog for me, using a picture I personally wanted him to use of what I had taken of the heavens. He then added to that the back of image of Yeshua and this was then my header. Now with all stolen from me in these battles my son is the only one with that banner without text I had added sent back to him and asked if he noticed the face. I had typed on the picture where to look. Well I removed that part and no longer have that image, J should and sent it to Matthew I believe. I cropped it out so this is the image without the face in it.

I do own this domain and have not put it up again. I also saved a different name for it left the decision to Matthew what to use. I only used the old one a year...as we both still had preparation to do time was not yet. So things were still missing as to what even needed. Then the Aramaic-English NT given me by Father my standard way hearing searching I do. So it is time for women to get in order and know their place and where they should not be. The word of God was given to man, priests were men, scribes were men, and it was man to protect that word. I am just secretary of Yeshua as we are ONE, it is Matthew  who will make final decisions regarding the truth Aramaic-English Gospels only... no doctrines of man save anyone.  The only words that will not pass away are God's.
at July 18, 2021

Doing=points to training the way

There are people within families and churches that maybe have been told or are reading things that sparked a fire.  I have said there is so...

My 2 Sons of Thunder 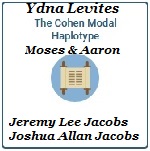 Aramaic English NT by Glenn David Bauscher all should have a copy find out WHY!